What do garlic, ginger, chillies, tomatoes, coconut oil and turmeric have in common?

They’re all known to be superfoods. And for this reason they’re ingredients I try to eat as often as possible – I find them to be potent foods for keeping illness away. According to Google’s definition a superfood is “a nutrient-rich food considered to be especially beneficial for health and well-being”. In general there’s a heap of evidence that points to the potential effectiveness of superfoods against high blood pressure, cholesterol, cardiovascular disease, colds and flus and even cancers. 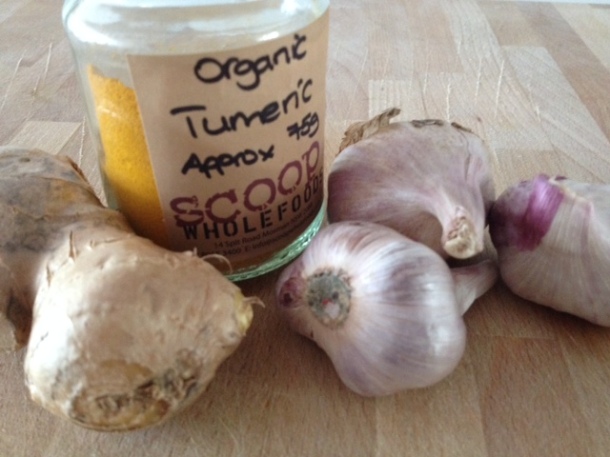 All of the ingredients I just mentioned are more than worthy of their superfood status – and, according to a recent article in The Huffington Post, even plain old everyday vinegar may soon also be elevated to superfood status. Where is this taking me? To a recipe that gives you a powerful hit of all of these ingredients, including vinegar – Kasundi tomato relish. 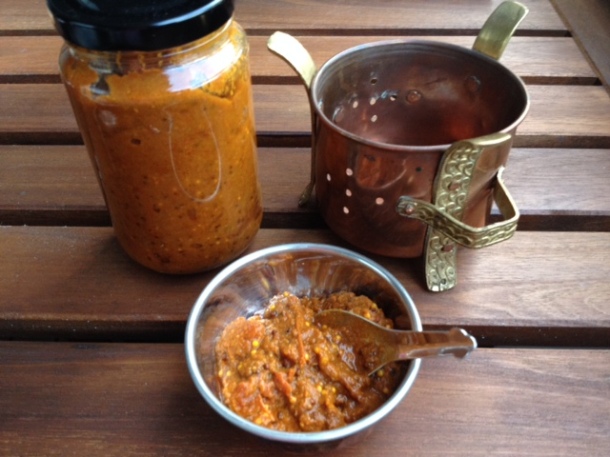 Aside from the superfood ingredients the other benefits of this Indian inspired relish are:

This particular recipe came from Frank Camorra’s column in the Sydney Morning Herald and I’ve adapted it to replace the vegetable oil with coconut oil and to remove the brown sugar.

These quantities make just over 1 litre of kasundi – you could easily reduce the ingredients here to make a smaller batch. I’ve put a small note against some of the ingredients to guide you to better quality options. 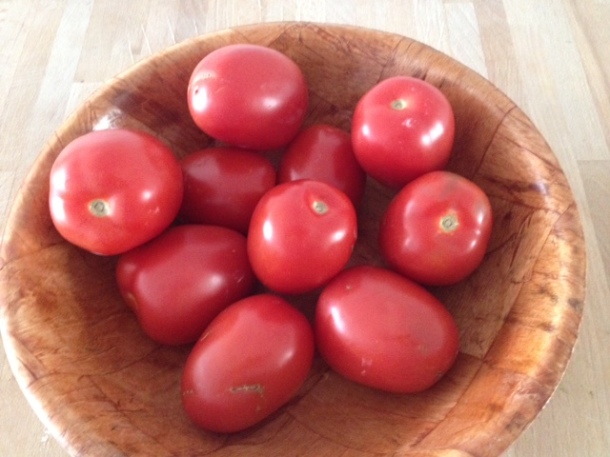 Sugar addict? I removed 125g brown sugar from the original recipe, but if you’re likely to miss a sweet kick then consider adding some natural sweetener like stevia.

1. Put the ginger, garlic, chillies and 50ml vinegar in a food processor and blend until smooth.
2. Heat the oil in a frying pan, and cook all of the dry spices on a medium heat for a few minutes.
3. Then add the paste from step 1 to the pan and cook for a further five minutes.
4. Add the tomatoes, salt and remaining 200ml of vinegar and simmer for one hour.
5. Turn the heat off when the oil rises to the top and it resembles a curry sauce.
6. Allow to cool and then pour into sterilised glass jars (see tips below on sterilising jars).
7. Store in a cool dark cupboard or in the fridge – it will keep for up to 12 months. 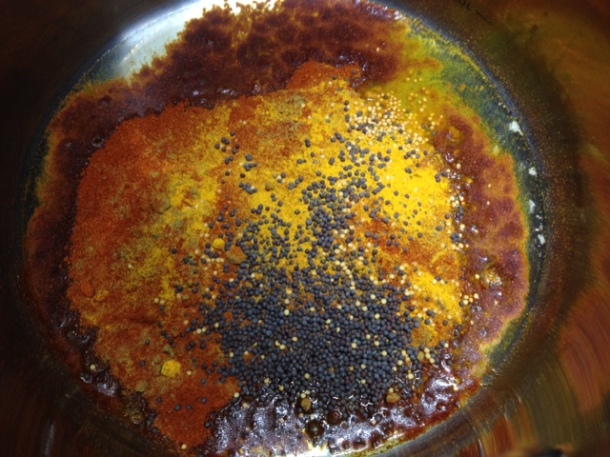 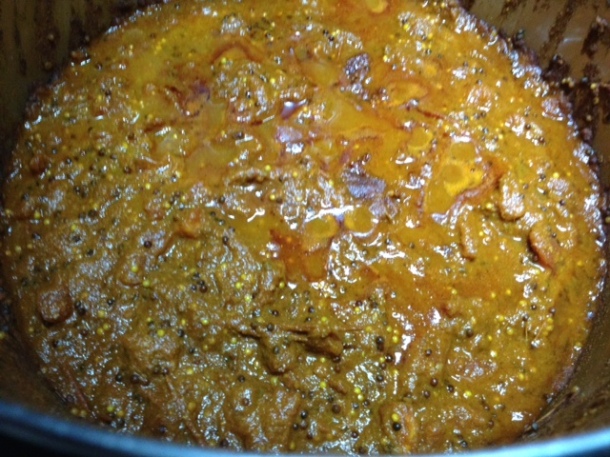 Step 4 – simmer everything for one hour 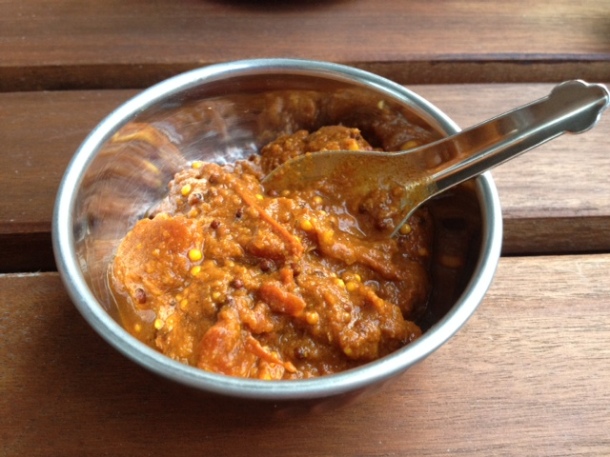 Serve with any Indian food, as a sauce on sandwiches or with even with grilled chicken or fish. A jar of this kasundi also makes a great gift if you have friends who love Indian flavours.

How to sterilise jars:

5 thoughts on “A tomato kasundi recipe – full of superfoods”