Finally cucumbers are back in season in Sydney, bringing a welcome price drop from around $10 per kilo to as low as $2 per kilo. With prices so low I put more than a few Lebanese cucumbers in my basket this week without even thinking about what I’d use them for.

What did I do? I decided to continue my October pickling experiments (see pickled beetroots and pickled carrots) into November. So here you’ll see how to pickle cucumbers – thanks to a recipe from Frank Camorra, the chef behind Australia’s Movida restaurants. His recipe really caught my attention because it’s packed with vinegar. Vinegar hasn’t had too much attention to date as a health food but with recent headlines like “Vinegar may be the next big superfood” I’m sure it won’t fly under the radar for too much longer. 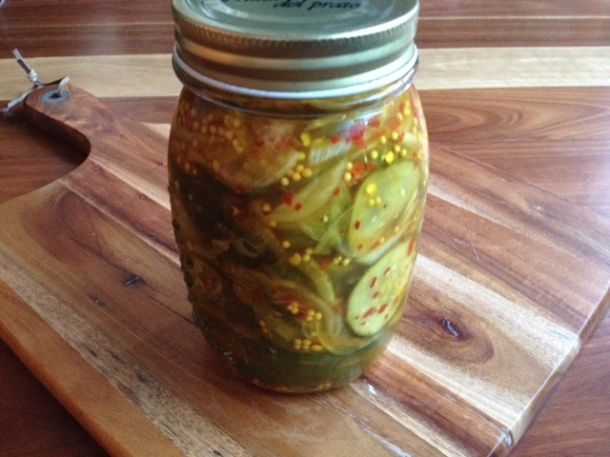 I adapted Frank Camorra’s base recipe to increase the quantity of ingredients (and end pickle amount). I also replaced the sugar with an optional natural sweetener, and I think his recipe works without dill. Once pickled these cucumbers come in handy as an accompaniment for everything from pâté to burgers to fish and even butter on toast. 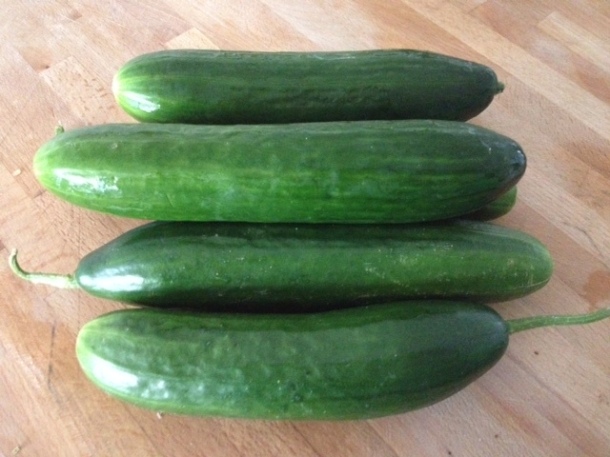 Step 4  – simmer everything in a pan for a few minutes 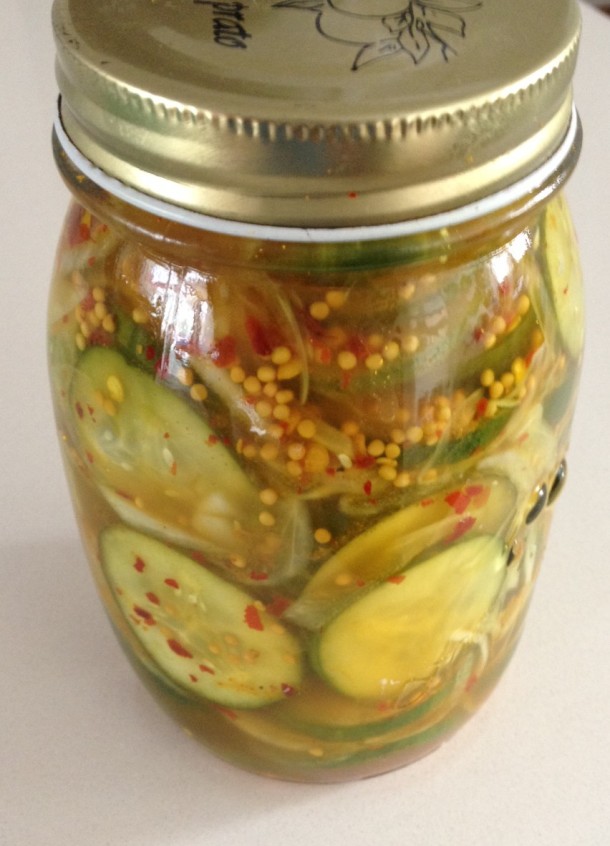 How to sterilise jars for pickling

Live in Sydney and keen to learn more about pickling? Then consider a course at Marrickville’s Cornersmith Cafe & Picklery. Pickling really is on the rise – alongside our desire to know more about exactly what goes into the foods we eat.  This Inner West cafe is now catering for Sydneysiders with pickling and preserving classes.

Finally here’s a great article to tempt you to get pickling – ‘Sydney’s in a pickle‘.