Many times when I’ve been sat in economy at 30,000 feet feeling hungry – I’ve been presented with an economy class meal that I wouldn’t even consider eating if my feet were firmly on the ground. Typically it comes in the form of a tray of random nibbles alongside a tiny ‘main’ meal. I remember more fondly the two times when I was lucky enough to be upgraded to business class – what a different food experience you get at the tip of the plane. On both occasions I spent the whole flight feasting on top wine (yes champagne included) and food that wouldn’t look out of place in a restaurant.

How different business class can be

Which brings me onto this post. Qantas passengers will soon be enjoying what Qantas believes is going to be the best economy class food in the world. In the words of Qantas Group Chief Executive Alan Joyce “We have worked closely with Australia’s leading producers and suppliers to deliver what we believe will be the best inflight economy dining experience offered by any international carrier”.

Now that’s a big statement – but from 2015 can Qantas feed millions of economy class passengers annually a meal that they’ll consider the best inflight economy food they’ve ever had? After sampling the new international economy food offering at an official launch event I’m confident Qantas can. 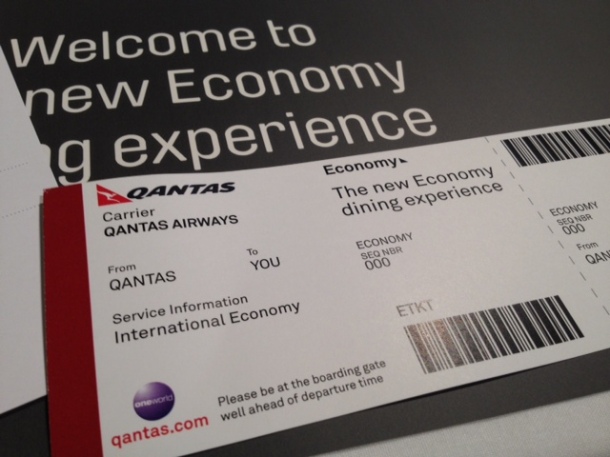 If you’re flying on an international Qantas route in the coming months then you’ll be one of the first to experience the new menu. Here’s four new changes on the way that really impressed me.

Also I have to point out that Qantas continues to support Australian suppliers. Qantas buys from and supports over 1,500 Australian providers. As a result some of the smaller companies receive the brand awareness needed to reach new markets. Australian brands to look out for include Ruby and Roy’s (hand-made desserts) and Weis’ Frozen Foods (see below). This support for Aussie providers isn’t a new change but it’s something Qantas deserves lots of credit for. 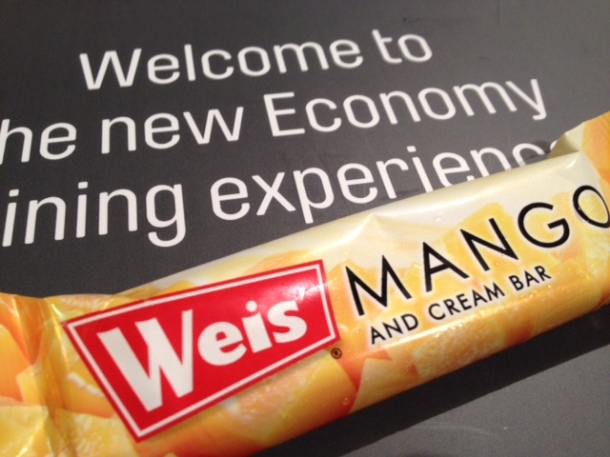 5 thoughts on “Hate airline food? Then you have 4 new reasons to fly Qantas”