As I say on my ‘about me’ page I’m an English-Aussie, who, after many trips to Italy, is almost Italian at heart. I love everything about the relationship the Italians have with food – it’s fresh, seasonal, local, mindful, social, generous and hearty. Gelato, pizza and prosecco are my biggest vices and my two dogs, Enzo and Vespa, were named appropriately. You get the picture. 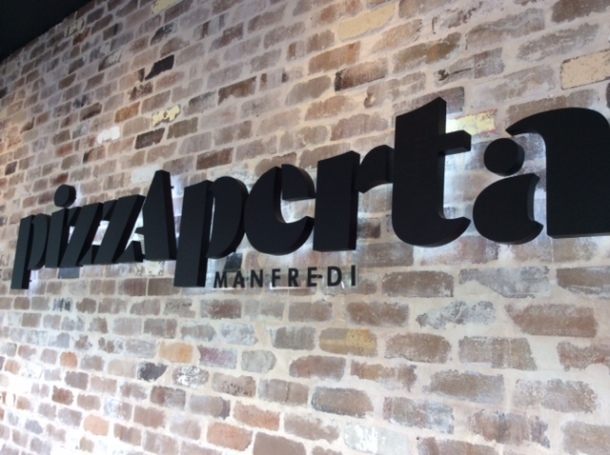 It’s no surprise then that I visited Pizzaperta within a week of it opening for an Italian feast. After hearing about the special flour, the experienced pizzaiolo and the ‘new wave’ toppings my expectations were high.

Stefano Manfredi is the well-known name behind Pizzaperta. Manfredi is an Italian-born chef who arrived in Australia in the 1960s. He’s been referred to as the ‘godfather’ of modern Italian cuisine. 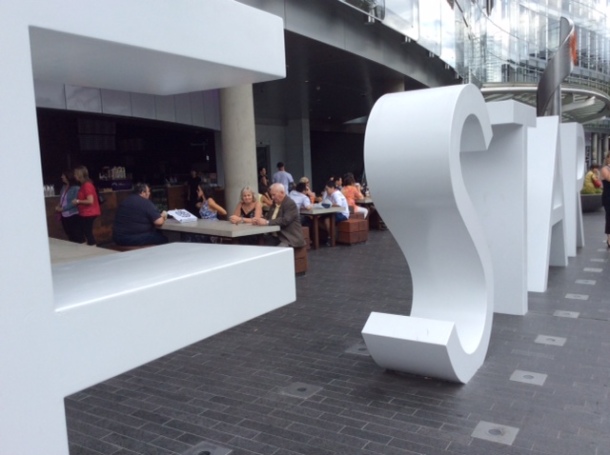 Sydney is brimming with good pizzerias. So what makes Pizzaperta special? I was lucky enough to find out on a behind the scenes tour with the Chef and Pizzaiolo Gianluca Donzelli. Here’s how I’m convinced that Pizzaperta is doing things differently: 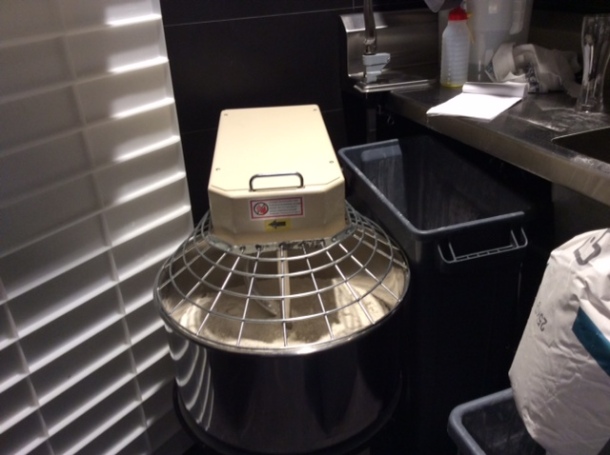 Individual doughs ready for your order

As well as highlighting the flour and fermentation process Gianluca also talked about how he’s using traditional Italian pizza ingredients like San Marzano tomatoes and Prosciutto di Parma, as well as the best local produce like Pino’s smallgoods.

The oven – a Stefano Ferrara wood-burning oven from Naples

As I watched him prepare a lamb belly pizza he talked about the use of seasonal toppings, which means the menu will change regularly, and he showed me how the temperature of the wood-fired oven sits at around 400C.

The lamb is slow-cooked in Balla’s kitchen before making its way down to Pizzaperta. After a couple of minutes in the oven Gianluca piped ricotta onto the pizza and sprinkled over some fresh herbs and then I tucked in….

When Pizzaperta say ‘new wave’ pizza there’s no need to panic over weird and wacky ingredients….this is new wave in the style of today’s Italian street food and it’s going to be popular. But understanding that not everyone will want ‘new wave’ I also tried a couple of the other more traditional pizzas…. 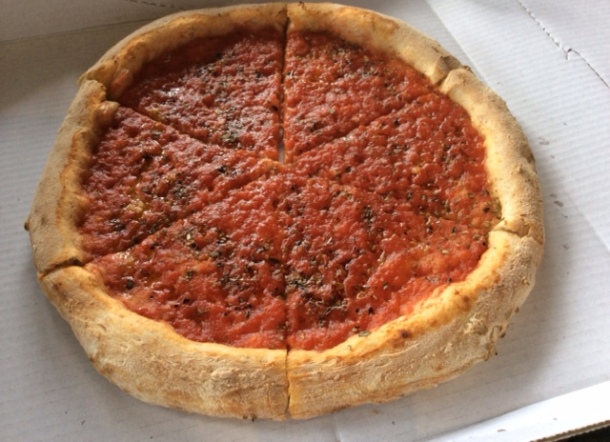 Marinara Napoletana – soft in the middle with a perfectly formed crust

Roman ‘Teglia’ style pizza is also available with several different toppings. It has a focaccia-like appearance, is crunchier than the other pizzas and is cooked in an electric oven rather than a wood-fired oven.

What clearly sets Pizzaperta apart from Manfredi’s other restaurants is the casualness. It’s an open air pizzeria and bar where you order and pay for your drinks and food at the counter. The prices are very good value – even on the wine which starts at $40 for a top Aussie or Italian drop. There’s no need to worry about your attire (yes you’ll fit in nicely in Havaianas), and the pizzas even come in biodegradable Pizzaperta boxes.

Pizzaperta is going to have a very busy summer ahead.  The Italian in me hopes they stay true to the opening vision of doing things a little differently, and dismiss any customers who try to make comparisons to cheaper or lower quality take-away pizza joints. I’m sure if they do Pizzaperta will quickly have a loyal following of local office workers and pre and post theatre goers. Like me their regulars will appreciate all of the thought and effort that goes into every delicious slice….. 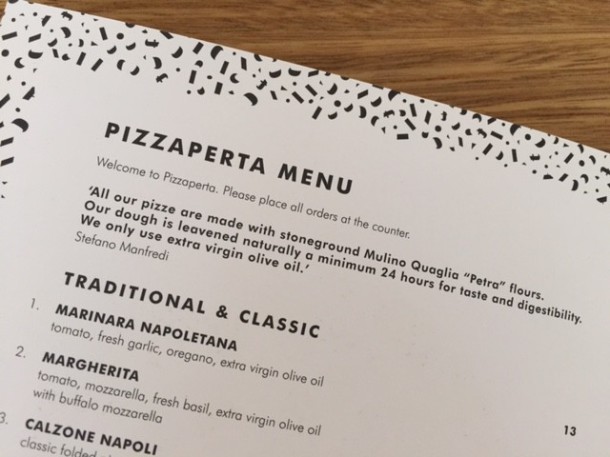 5 thoughts on “Pizzaperta, The Star, Pyrmont”