I recently picked up a lovely bag of new season Pink Lady apples at my local farmer’s market. A couple of weeks and lots of fennel and apple slaw later, I still had half of them sat in the fridge begging to be used. Then, with perfect timing, I came across a lovely recipe from my fellow food blogger Amy at Thoroughly Nourished Life. Amy, like me, tries to nourish herself daily with wonderful whole foods but doesn’t deprive herself of a sprinkling of sweet things now and again. It was Amy’s recipe for Ginger and Apple muffins that inspired me to put my Pink Lady apples to good use.

Here I’m sharing my adapted version of Amy’s recipe – I omitted the brown sugar, changed up the type of flour, upped the cinnamon and used fresh ginger instead of dried ginger. I also made a smaller batch than Amy (6 instead of 12) for fear of either first attempt failure or all 12 perfectly formed muffins being devoured way too quickly. 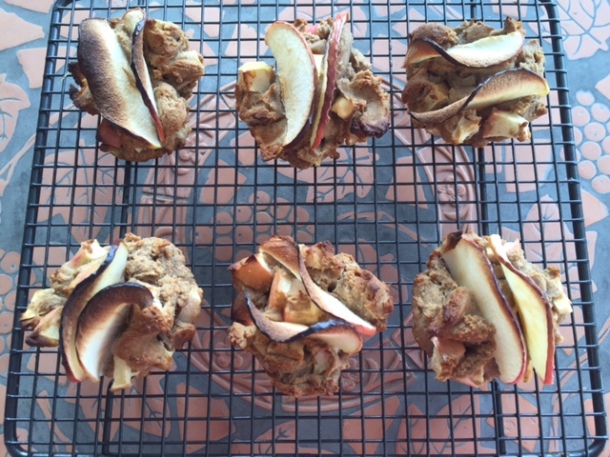 Of course be sure to check out Amy’s gluten-free recipe too.

Before they hit the oven (above) and after cooling (below) 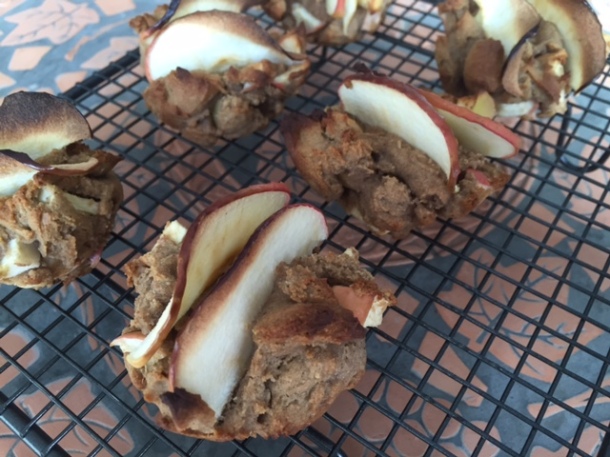 Although Amy advised that’s its best to eat these on the day they’re made (or otherwise freeze them) I found them to be just as moist and tasty the second day.

Oh and be sure to follow Amy at Thoroughly Nourished Life if you’re also a ‘wholefoods always/sweet things sometimes’ kind of foodie!